AUSMEPA marks the passing of a valued friend and colleague 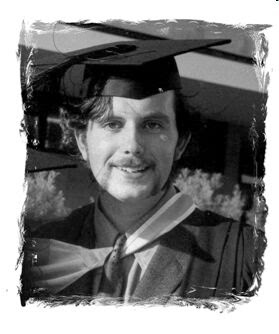 Although there were many tributes to Peter at a fitting ceremony for him on Monday 8 Sept 2014, a few are noted here.

I recall Peter as a tenacious teacher and educator, always willing to go the extra mile in supporting educators and students to know more about our precious marine environments and ways to conserve and protect them. In my role as President of MESA for many years Peter diligently presided over our website and it was only with his continued passion for the site that it is what it is today. Peter crafted every page, added every image and tirelessly maintained it. He will be remembered and the site is his legacy...Angela Colliver

I remember Peter as a generous man that contributed to our shared goals in many ways through his commitment to marine and environmental education. While the rest of us were just starting our online journeys Peter was there at the front of the pack helping to position the MESA website as one of the leading sites for marine education resources in the world, all shared freely with any that visited. His contributions here and to supporting Seaweek over decades have helped bring the sea and its magic into thousands of peoples lives and we are all the richer for his efforts.....Mark Rodrigue

Peter was an amazing person, who had a huge passion for marine education and his commitment to the MESA website was unbelievable. He was also very discerning in his own quiet way. We also shared a love of football – he loved his Saints and he had a deep understanding of the game.  We kept in contact well after my MESA days and we’d chat about life in general and footy, of course. Unfortunately my phone calls weren’t as frequent in the past few years, although I was lucky to talk with him only a few months ago. He really loved his step-children and was doing everything he could do to care for them. Peter will always be an ‘Unsung Hero’ to me for Marine Education and life, in general. He has played a huge role in making a difference for our next generation. I will deeply miss our chats, we have all lost someone very special. “Gentle, kind and clever he was an enigma to the end.” describes him perfectly....Tim Hoile

Some people are always just "there", a quiet guiding force, an unassuming innovator, a dedicated and selfless contributor and an integral  part of the story. Peter was such a person. I remember being in awe of Peter's technical mastery of all things internet (before it was even called that) and his tireless dedication to marine education. We are richer for knowing Peter - and if the oceans could speak, I am certain they would also be immensely appreciative of his efforts in working for them....Patrick O'Callaghan

Peter was my friend. Although a shy man, I could count on him to spend his time generously on the things that we both loved, helping kids and teachers understand the marine environment better. How many hours did he give to the Marine Education Society's website over all those years? I have no idea however the website gave Aussies a public face to show the world that we were determined o make a difference. Thanks for everything, Petey...Jody Plecas