How exciting is it to discover some new strange thing as we walk along our amazing Aussie beaches on hot summer days.

AUSMEPA was recently contacted about this magnificent specimen found on Coogee Beach, NSW. 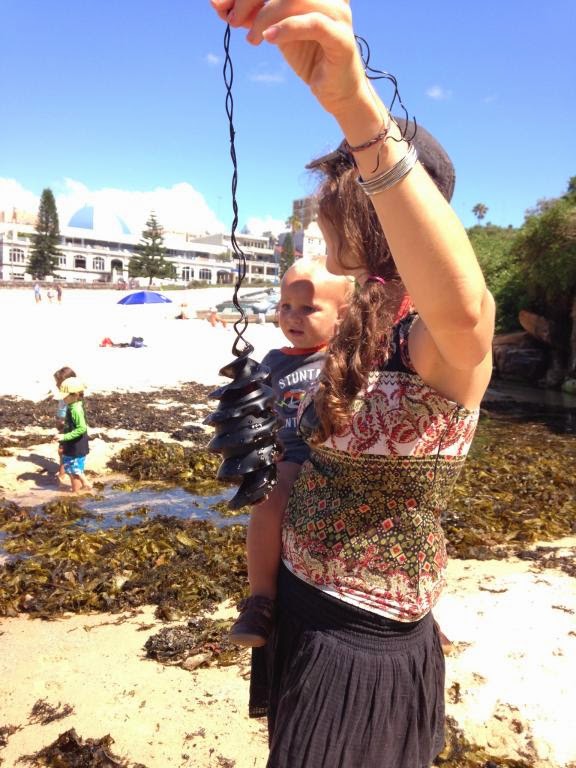 Looking at this mysterious object it would be hard to guess that it is egg of a shark! So many things to think about, questions to ask. What kind egg is it and did it wash up prematurely with an embryo inside? Why does it look like this? What are the long stringy bits?

The first thing we can observe is the shape of the egg case. It has raised edges like a screw or something twirly. It is brown and although you can't see it in the photo one end has an opening.

A google search can help to find the right one.

A screw shaped egg case tells us that it one of the horn shark family (Heterodontidae). Australian horn sharks are Port Jackson Sharks however there is more than one species.

This particular egg case belongs to the slightly smaller duller coloured Crested Horn Shark. It is a Port Jackson shark with a twist, it has raised ridges over the eyes.

The two small sharks look much the same and yet they differ in how they secure their eggs when they lay them. Both have brown egg cases to blend in with their surroundings. However the Port Jackson Shark takes its egg in its mouth and gently screws its egg into cracks and crevices between rocks. The Crested Horn Shark uses the tendrils of its egg case to tangle up and secure in seaweed. (Notice in the photo above the amount of seaweed washed up on the beach where the egg case was found.)

Well, we've solved the mystery of this egg case except for one thing. Was there a baby inside? I guess we'll never know however the family who found it took great care to take the egg back out into the water and to secure it as well as possible just in case.

What will you find on your next trip to the beach?