MangroveWatching – getting down and dirty for a healthier environment! 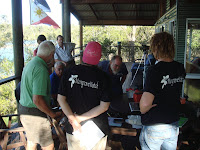 A new and exciting program called MangroveWatch has volunteers from all backgrounds and interests getting involved - starting recently in South-East Queensland's Burnett Mary region. The task has been to film vulnerable shorelines using geo-tagged video to create a baseline, and monitor condition of shoreline ecosystems.

Australia’s mangroves are rich in biodiversity and biomass – and, they are among the most extensive in the world. These highly beneficial coastal habitats are also the most pristine, but we should not take this for granted. ‘Times are changing!’ Valuable coastal ecosystems are increasingly threatened – many are lost already! Growing pressures of human influences, like our sea-change shift to northern parts, coupled with global climate change are beginning to show. Now, more than ever, people in local communities are needed to watch over our valuable mangrove and saltmarsh wetlands. 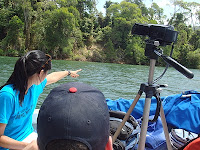 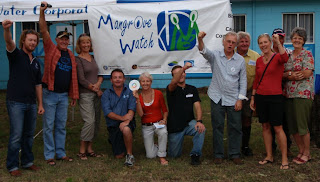 Members so far have accounted for around 300 km of estuaries and shorelines in the region. These data have become the baseline reference from which to assess change in the future. After our successful pilot in the Burnett-Mary region, the MangroveWatch team are looking for support to roll out similar schemes across Australia.