What can we do about sharks?

If you are like me then sharks epitomise an innate fear that was built into my system from the get-go. So trying to be objective about them is difficult. It's fine to be able to say "I'm more likely to die from a bee sting than a shark bite", or be "run over by a car." And yet, it doesn't really help, does it?
Around Australia we are blessed with a magnificent marine environment and in order for that to stay healthy it needs to stay in balance. To stay in balance it needs to have top predators as well as all the rest. If we upset natures balance we find ourselves subject to various degrees of tropic cascading, which is the domino effect that causes other populations of plants and animals to fall when a link in the chain is broken. Losing too many sharks puts our truly amazing underwater world in serious trouble.
"As the top predators (like sharks) decline, a cascade of negative effects ripples through the entire ecosystem." CBS NEWS April 14, 2017, 3:48 PM Nature up close: Sharks
The Sunrise show had a recent item that highlighted the facts around those 'protective' shark nets and drum lines near big populations of people. You can view information about the Sunrise item by following this link https://7news.com.au/sunrise/on-the-show/why-thousands-of-sea-creatures-are-dying-off-the-coast-of-australia-c-1375061?fbclid=IwAR2o5qm5SDixn6hwlsjVtAHur7Z6tfl7GJjVRqDtK8kpmHkokPNDKOY0Xko
A quick overview of the Sunrise article allows the viewer to understand that the new documentary "Envoy Shark Cull" has the intent to show that current "Beach Protection" strategies underlined by shark nets and drum lines are based on culling practices rather than actually protecting swimmers and surfers.
It seems that government data shows that the shark nets kill thousands of other animals (by-catch) that vastly outweigh the number of sharks the program wants to catch. Ugly examples of the by-catch are in the news regularly. The large number of dead and dying animals actually attract sharks. It doesn't guarantee that the sharks get caught in those nets either. In the case of drum lines, the lines are formally baited with food for sharks.
Of note it is important to understand that shark nets are open at both ends and they do not  reach the bottom so actually any shark can come within a netted area. An example occurred at a highly protected beach, Greenmount QLD, in Sept 2020 where a fatal shark bite occurred.
OK so what strategies might work better?
Off the coast of Ballina, NSW they have recently harnessed new technology to assist in mitigating negative shark encounters. There has already been a successful result demonstrated. Early in Oct 2020 a drone was monitoring a surfing beach. It identified large shark in the water near a surfer and broadcast a message to him that the shark was nearby. Subsequently the surfer was able to avoid an uncomfortable shark encounter. Later on viewing the drone's footage (which has since gone viral blob:https://7news.com.au/b1cdd21c-07a2-4ef6-bb7c-1bb47efd52e3) he admitted he had been surprised to note how close the shark had been.
Answers aren't easy but from this armchair vantage point however I'm willing to suggest that more non-lethal protection for people in the water is an essential part in answering the question "What can we do about sharks?"
In the meantime remember..... 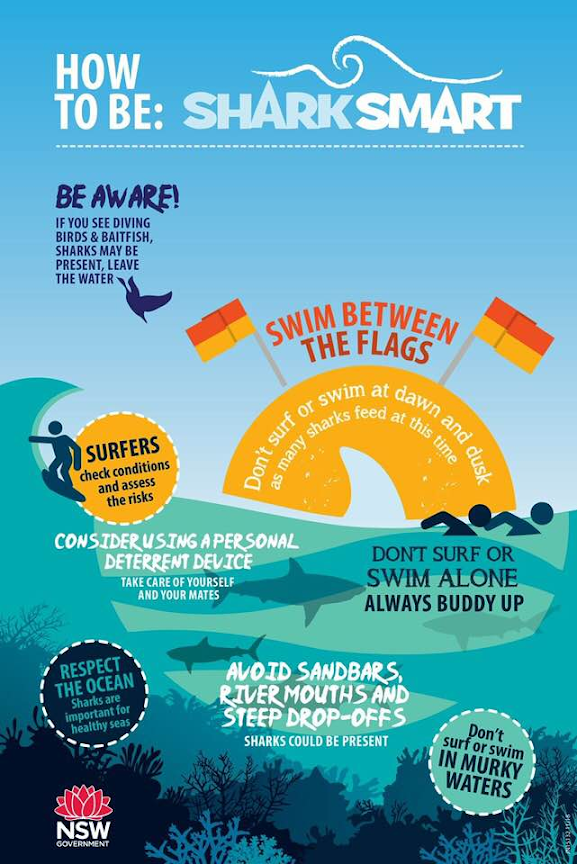