Deadly Seaweed in Europe Could Be Just a Warning to Australians 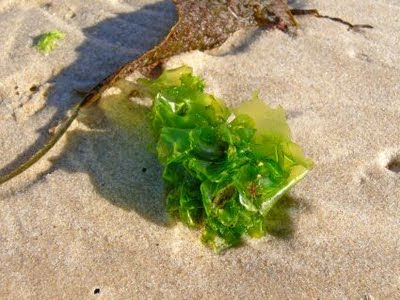 Recent reports of death and human health concerns from France and England revolve around the humble Sea Lettuce or Ulva sp. It appears that high growth of the common algae has resulted in the cyclic die-off forming mounds of decaying weed along some shorelines. As the weed dries up it forms a white crust sealing in the gases produced as a result of decomposition. When the crust is broken highly concentrated gasses are released where the foot falls.

These high growth events are not known yet in Australia but wherever stormwater run-off carries high nutrients from the drains, creeks and rivers to shallow coastal waters Ulva becomes more prolific.

AUSMEPA and it's other Education Partners in Australia are working to educate about what stormwater brings with it and how we can change our own contribution to the problem. Learn more at http://www.ausmepa.org.au/marine-stormwater-pollution/
Posted by AUSMEPA Marine Education at 5:38 PM